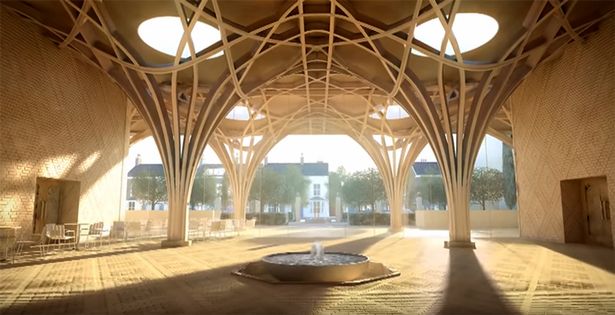 In the UK a new multi-million pound Eco-Mosque has opened in the centuries old university of Cambridge. Billed as Europe’s first such green mosque, its an inclusive space for prayer, learning and debate.

“We have something called an air pump which extracts warmth from the surrounding air which also helps us with electricity bills. We have a photovoltaic array (solar panels) so that we generate our own electricity from the light that – sometiems the sun does shine in Cambridge – falls on the roof here” – Tim Winter, Chair of the Board of Trustees at New Cambridge Mosque.

Architects Marks Barfield designed the site on the theme of calm oasis. Its Islamic garden has a water feature and 20 cypress trees. Not just this, the Mosque has no minarets.